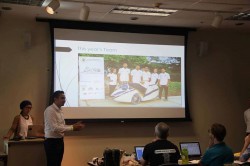 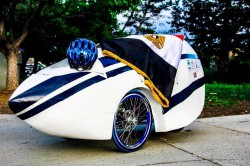 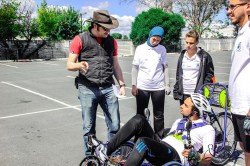 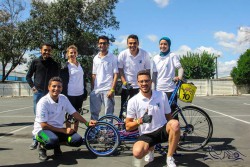 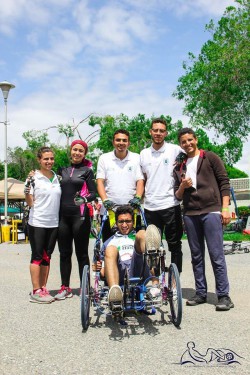 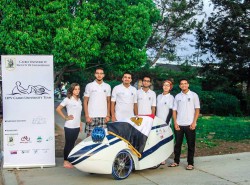 Cairo University encourages its students to innovate in engineering and technology. It also helps them apply the knowledge they gain in class by implementing the ideas they learned into actual projects and products. Recently, a team of undergraduate students at the Faculty of Engineering participated in an international student competition in the US in April. The competition was to design and construct a human-powered vehicle, designed with specific guidelines, then compete with the vehicle they designed with other teams in order to test the quality and efficiency of the design.

The students participated in the HPVC ASME West 2016 competition, which was organized by the American Society of Mechanical Engineers (ASME). Thirty-two teams from different universities competed, mainly universities from the USA. They presented their design and prototype for a high-speed human-powered vehicle. CUFE prototype successfully passed the safety inspection and managed to achieve the following points and ranking:

The total points were 62.51 out of 100, which ranked them 8th overall. They were also awarded the Team Spirit award, and this year’s team is the highest ranking Egyptian team ever.

The Faculty of Engineering acknowledges all the sponsors: