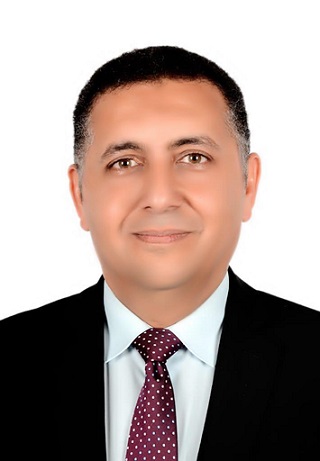 Development and enrichment of academic programs and research, and cooperation with the community, represented by the industry, has been the main and continuing components of the mission of the faculty throughout its history that extends now over 190 years. At the early times, the faculty mission had a first and important educational facet.­ The primary task was to develop syllabi, the educational system, specialization and infrastructure to maintain a balance between basics and applied engineering and to broadly respond to specialized demands of the industry and to cope with the socio-economic changes characterizing the second half of the last century. Initially, the faculty entailed four basic engineering disciplines: Civil, Architectural, Mechanical and Electrical. Departments such as Chemical, Petroleum and Mining Engineering were created in the forties; Metallurgy and Aeronautical Engineering were added in the sixties; Biomedical Engineering in the eighties and Computer Engineering, being the latest addition, in the early beginning of the nineties. The number of students gradually progressed from about 200 students in the late nineteen forties to over 15,000 by the start of the 21st Century.
Changes in curricula had to cope with the pace of change that accompanied the advent of computers that characterized the last decades of the Twentieth Century. In the last two decades, the faculty introduced extensive usage of computers in teaching, and training. Almost one third of curricula in the last two academic years are elective to help students to select topics that will suit their career plans and to follow the IT revolution. Humanities, economics, legislation, health, safety and environmental curricula were introduced to respond to the increasing public awareness of environmental and quality management issues. These curricula represent now around 20 percent of the total credit hours.
The second facet of faculty mission is to develop fundamental and practical research. Many research projects are directed towards serving R & D of the industry. Furthermore, the universities and their related research centers do have research facilities that are used to develop solutions to meet industry’s needs. There are many records of successful examples of university-industry cooperation in the past during war and peace times which started in the late fifties of the last century. With time, the academic and the technical nature of the cooperation between the educational institutes and the community has developed and has become more diversified, especially over the last twenty years. The staff, through its specialized centers, has been playing a very active role in continuing education and in transfer of technology.
The faculty is now preparing for the requirement of the 21st Century. A strategy has now been established for accreditation, within a national plan to introduce total quality in university education, in order to cope with the ever pressing needs of technical and economic development enforced by globalization.
In September 2006, the faculty has initiated new B.Sc. programs based on the credit hour system in which students contribute to the cost of their education. Teaching takes place for small groups of students. The response of students and public to this initiative has been encouraging. The number of students enrolled in these programs at our faculty is more than 40 % of the total number of students enrolled in such programs on the national level. This has been very rewarding and hence more programs will be initiated in the coming years. In 2007, two three more programs were added.
In May 2006, the Faculty of Engineering has won the distinguished prize for “Excellence in Science and Technology” granted by the Islamic Development Bank (IDB). The competition for this prize has been very fierce among education and research organizations from the 56 countries of the Organization of Islamic Countries.
In September 2007, the Faculty of Engineering moved first year student to its new branch in Shiekh Zayed City. It has an area exceeding 90,000 square meters and is equipped with new labs, workshops, theater, and sports facilities.
Finally, a word of recognition and remembrance to all those who contributed in the past to the success of this Faculty throughout its long march of progress over 190 years, and for the pioneers who paved the road for the current generation and without their generous self-denying contribution, nothing would have been accomplished. I would like to thank deeply every member of the present family of the Faculty, administration, staff, vice deans whose efforts have been very instrumental for our Faculty to reach the present status in engineering education in Egypt and the Middle East.