Engineering Center for Archaeology and Environment

Engineering Center for Archaeology and

The Very successful Co-operation between the Mining Department at the Faculty of Engineering, Cairo University and the Nancy School of Mines, France, was the nucleus of the present activities of the Center.

This Co-operation aimed to apply geotechnical science to the preservation of historical monuments and has concretized by the Establishment of the ECAE.

The Engineering Center for Archaeology and Environment was established on August 28th, 1992 after several years of experience in the conservation of historical sites and monuments within Cairo University. 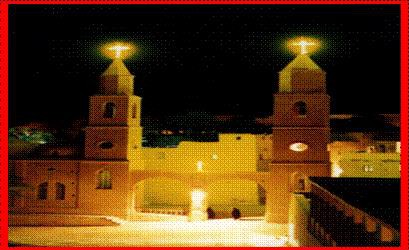 Main Objectives
Applying recent engineering sciences and technologies in the field of conservation and restoration of historical sites and monuments. 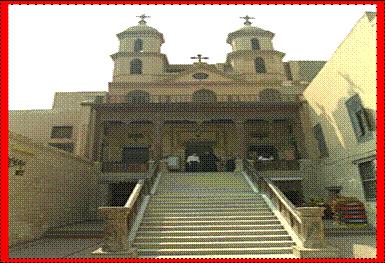 Missions
The Center’s mission has essentially developed around three axes of work :
• Research : adaptation and development of research in conservation methodology.
• Consultation and technical Support for the Supreme Council of Antiquities (SCA) or for foreign archaeological teams.
• Continuing Education and Training of Specialists in the fields of Engineering & Archaeology and Environment. 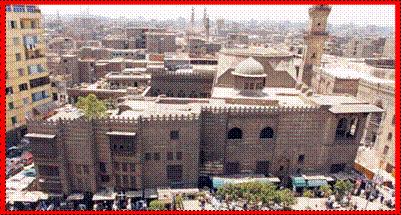 Missions
The ECAE’s mission ‘essentially’ has been developed around three axes of work:
1.  Undertaking research works: adaptation and development of research in restoration methodology.
2.  Providing consulting and technical assistance operations for the Supreme Council of Antiquities (SCA) and foreign Antiquities departments and missions.
3.  Providing continuing education and training of specialists in engineering, archaeological and environmental fields.

Associated Iaboratories
ln addition to its own facilities, the ECAE is associated with 5 laboratories of Cairo University. Their competence is usually used in implementing the required projects and activities. The 5 laboratories are:
• Rock Mechanics laboratory, Faculty of Engineering.
• Geotechnical Engineering laboratory, Faculty of Engineering.
• Data Processing laboratory, Faculty of Engineering.
• Atmosphere Measures and Aerodynamic laboratory, Faculty of Engineering.
• Fine Restoration laboratory, Faculty of Archaeology.
• Two protocols have been signed on the 10th of October 1992; the first is between the Cultural Service for Scientific and Technical Co-operation of the Embassy of France in Egypt and the ECAE for the exchange of experts and the training of young engineers. Since 1993, within this co-operation, many engineers have earned scholarships for training and Ph.D. for Egyptians in France and also, for French students in Egypt.
• The second is for the collaboration, in the field of environment protection between the National Institute for Industrial Environment and Risks (INERIS) and the ECAE. The Strata Control laboratory of the Nancy School of Mines (NCM), associated with INERIS shares the responsibility of training the engineers of the ECAE in France.
• Later a protocol has been signed between the High School for Arts and Industries of Strasbourg (ENSAIS) and the ECAE for a collaboration in the fields of surveying and Photogrametry. The agreement enhances co-operation in joint projects and forecasts the training of engineers on surveying and photogrametry.
• Participation in a workshop organized by Department of Culture Heritage, UNESCO Paris about “Universities and Culture Heritage “held in Valencia, Spain October l996.
• Participation in a workshop organized by Autonoma University -Barcelona, Spain and National Institute of Culture Heritage- Tunis, under the auspice of European Union about ” Application of New Technology in the Field of Culture Heritage “held in Tunisia, June 1997.
• Organization of 3 workshops in collaboration with UNESCO Cairo Office, NCM, INERIS.

3. Under the auspice of his Excellency Mr. Fawzi Houbeish, Lebanese Minister of Culture and Higher Education, in collaboration with Faculty of Architecture, Arab University, Beirut, Lebanon, April 1998.

Achievements
ECAE prepares work plans, which include architectural documentation of buildings, topographic survey of sites, study of the structural stability of monuments, and study of degradation of building materials; such studies lead to complete restoration projects. Also ECAE provides technical support and consultation responding to determined problems of conservation in given historical sites and buildings. The following are examples of restoration projects implemented by the ECAE.

B. Pharaonic Monuments
– Planning :
Conservation project of Pyramids’ Plateau under the supervision of UNESCO Survey and  Topography: Heibis Temple (SCA) and Dendra Temple in Qena (IFAO).
– Stability Analysis for underground structures:
Serapeum, Baboons Tomb, Birds Tomb, Skhem Khet Tomb and Apperia Tomb in Saqqarah.
– Structural Stability Analysis:
Memnon Colossi, Hachepsut Temple (Deir el Bahari), and first pylon of the Temple of Ramses-II (Ramesseum) in Luxor with the CNRS mission for the Ramesseum; directed by C.Leblanc.
– Study of Pharonic Mines:
Copper Mines of the Wadi Dara with a team of the French Institute for Oriental Archaeology (IFAO)
– Conservation of Historical Sites:
Project of Protection and Development of the Pyramids’ Plateau in Giza.
– Study of Stone Degradation:
The Sphinx, Egypt