Home / Congratulations to the Faculty of Engineering, Cairo University

Congratulations to the Faculty of Engineering, Cairo University 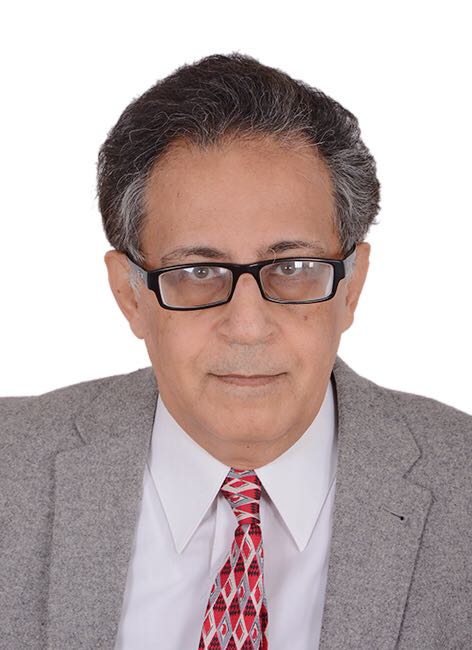 Dr. Amir Surial Atiya received his B.S. and M.S. degrees from Cairo University in 1982 and 1985 respectively, and the M.S. and Ph.D. degrees from Caltech (California Institute of Technology) in 1986 and 1991 respectively, all in electrical and communications engineering.
Dr. Amir Atiya is currently a Professor at the Department of Computer Engineering, Faculty of Engineering, Cairo University, where he has been a faculty member since 1993. Dr. Amir Atiya received recently the highly regarded Egyptian State Appreciation Award (جائزة الدولة التقديرية) for 2017. He also received the prestigious Kuwait Prize in Basic Sciences “Computer Science” for 2005. He also received Egyptian State Encouragement Award (جائزة الدولة التشجيعية) for 1994, the Egyptian State Distinction Prize ( الدولة فى التفوق جائزة) for 2010. Moreover, he received the Young Investigator Award from the International Neural Network Society, in 1996.
Dr. Amir Atiya has had research contributions in the areas of in machine learning, neural networks, time series forecasting, and pattern classification. He is part of an early group of researchers working in the field of neural networks since research started in this field in the 1980’s until it is now a fully grown research topic. He published over 180 papers, which had over 6000 citations. His research has been applied in many engineering and business applications, utilizing intelligent algorithms to provide new solutions and improve efficiency of existing solutions. He has given several invited talks at conferences and universities around the world, and is currently on the editorial board of five scientific journals.

Dr. Khattab has authored/co-authored 3 books, over 60 journal and conference publications, and a US patent. He serves as a reviewer in many IEEE transactions, journals and conferences, and is a member of the technical committee of several prestigious conferences such as IEEE Globecom, IEEE ICC, IEEE ICCCN, and IEEE WF-IoT. He won the best student paper award from the IEEE Computer Society at the University of Louisiana at Lafayette chapter twice in 2010 and in 2011, and was a finalist in the best paper award contest in the IEEE ICCCN 2008 conference. He also received Texas Instruments Distinguished Endowed student fellowship in 2005.

Dr. Abdelgawad is currently an Assistant Professor at Cairo University, Traffic and Highway Engineering. Dr. Abdelgawad completed his Ph.D. in ITS from University of Toronto. He holds a B.Sc. in Civil Engineering and M.Sc. in Highway and Traffic Engineering both from Cairo University.
Dr. Abdelgawad has a wide range of experience in transport modelling, micro-scopic/meso-scopic traffic simulation, advanced traffic management, evacuation planning and traffic signal optimization, including two years of experience in airport design, highway, and traffic engineering. Much of his professional career has been devoted to the development and refinement of tools/algorithms for real-time traffic management; traffic simulation and modelling; public transit shuttling and scheduling; multimodal evacuation planning and emergency evacuation management; traffic signal control modelling and optimization; roadway safety audits and operational reviews; operational analysis and traffic engineering assessment; smart phone Apps development and testing; spatial data analysis and GIS development and plugins; evaluation of new technologies for travel time and traffic data collection; ITS systems specifications, and functional requirements; and pedestrian modeling.
Dr. Abdelgawad has more than 40 publications (including 26 international publications) and 2 book chapters, with an h-index of 12 and more than 488 citations according to Google Scholars, and h-index of 7 and 226 citations according to Scopus. Dr. Abdelgawad has also taught 10 courses while conducting his research at UofT, and taught 5 courses at Cairo University. Dr. Abdelgawad is at the Reviewing Committee of more than 10 International Journals.
Dr. Abdelgawad is the winner of the International Transport Forum Award, 2010, for Transport and Innovation -competition among 52 countries – for his work on emergency evacuation and disaster management of large cities. Dr. Abdelgawad was nominated by the University of Toronto to the “Young Engineer Achievement Award”. Dr. Abdelgawad is the recipient of Cairo University Incentive Award in Engineering Science for Year 2016.
Dr. Abdelgawad has been the Quality Assurance and Accreditation coordinator for the Public Works Department since 2015, and he recently joined the board members of the Quality Assurance and Accreditation Unit at Faculty of Engineering.

Samah El-Tantawy is currently an Assistant Professor at Engineering Mathematics and Physics Department, and a co-director of the Technical Center for Career Development (TCCD) at Faculty of Engineering, Cairo University. In 2004, she completed her Bachelor degree in Electrical and Communication Engineering, Cairo University. In 2007, she finished her M.Sc. degree in Engineering Mathematics, Cairo University and was awarded the PhD Connaught Scholarship in the field of ITS from University of Toronto. During her PhD research, Samah developed a coordinated traffic signal control system using game theory concepts and multi-agent reinforcement learning approaches (MARLIN) that has been filed as a Mexican, US provincial and PCT international patents. As part of her work at UofT, Samah endeavored to productize and commercialize MARLIN in the traffic signal control market via Pragmatic Transport Innovation Inc.
She has 20 publications , with an h-index of 7 and more than 220 citations according to Google Scholars
Samah won a number of prestigious international awards/funding/recognitions, including:
– IEEE-Intelligent Transportation Systems Society (ITSS) Best PhD Dissertation Award (First Place)
– Institute of Operations Research and Management Science (INFORMS) George B. Dantzig Dissertation Award (Second Place).
– University of Toronto “Inventors of the Year Award” in 2014 (jointly with Prof. Baher Abdulhai).
– MaRS Innovation Proof of Principle (PoP) funding for 2012/2013
– Connaught Innovation funding for 2013/2014
Since 2015- Samah has developed interest in boosting the role of Women in Education and raising healthy brains through her participation in a number of crash courses, scholarships, and workshops related to: “Promoting and Raising Awareness of Healthy Child Growth and Development (Mentally, Socially, and Emotionally)”
Towards the same ultimate goal, Samah is also collaborating with the Ministry of Planning in reforming the Education System in Egypt through a project funded by the Academy of Scientific Research and Technology.
Since 2016, Samah was taking the lead in organizing the ” Undergraduate Engineering Mathematics Research Forum” at the Faculty of Engineering , Cairo University . The initiative is for undergraduate students to present the research related activities and projects they cover as part of their mathematics course work and which are presented in the form of scientific reports, posters and even prototype (if possible). Samah is supervising students, organizing the event, managing the evaluation criteria and presented prizes to outstanding research outcomes.
Since September 2017, She is a co-director of the Technical Center for Career Development , where she was responsible for organizing the 22nd job fair at the faculty of Engineering on December 2017, where more than 25 companies have participated with more than 3000 students and graduates attended, and also is organizing several workshops and training sessions for students to help them develop their technical and non-technical skills.