Cairo University encourages its students to innovate in engineering and technology. It also helps them apply the knowledge they gain in class by implementing the ideas they learned into actual projects and products. Recently, a team of undergraduate students at the Faculty of Engineering participated in an international student competition in Slovenia this May. The competition was to design and construct a small-scale bridge made from “spaghetti”, then compete with the bridge they designed with other teams in order to test the maximum load that can be sustained by the bridge they designed.

The contest was organized by the Students’ Association of the Faculty of Civil Engineering, Transportation Engineering and Architecture from Maribor, Slovenia. This was the 7th traditional contest in building spaghetti bridges – How Strong is the Bridge?

The international three day competition was held at the Faculty of Civil Engineering, Transportation Engineering and Architecture in Maribor from May 3 to 5, 2016. Thirty teams participated, each group consisted of three contestants and one representative. The competition was concluded on the third day with loading the constructed bridges with static load. There were two categories: LOAD category (team with highest load wins) and DESIGN category (best design according to the jury and audience). The Faculty of Engineering, Cairo University was represented by a team of four students from the Civil and Architectural Departments. They worked on their design for three months and used a finite element model to predict the maximum capacity of the bridge. They managed to rank among the top ten teams, and got an award for the best structural system.

More details about the project can be found on the website ajktm.fg.um.si 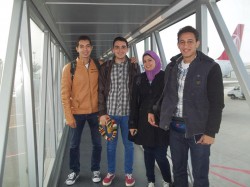 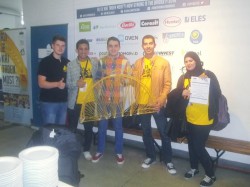 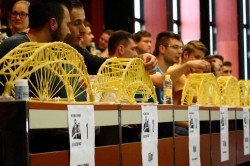 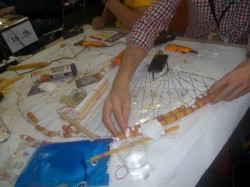 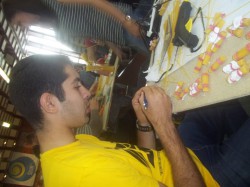 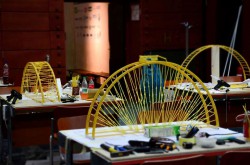 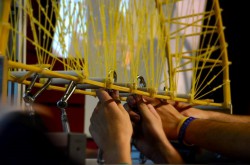 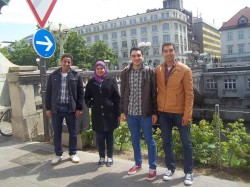 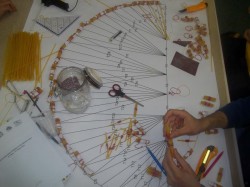 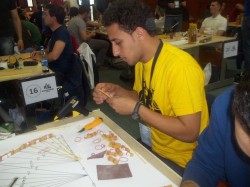