Formula Student 2016 Team
A team from the Faculty of Engineering, Cairo University participated in the IMechE Formula Student 2016, organized by the Institute of Mechanical Engineering, one of the most competent mechanical engineering among engineering students from various countries of the world global institutions. The competition takes place between students in the design, manufacture and test models of Formula car prototypes. 156 teams participated in the competition, involving more than 2,000 students from 34 countries, and including four teams from three Egyptian universities. The competition was held in the city of Silverstone, UK.
Cairo University team has managed for the first time to pass all the technical tests, as well as safety tests and received a permit to allow driving a car on the race track. This is the first time for an Egyptian team has managed to reach this stage. The overall ranking of the team was 71. 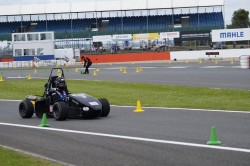 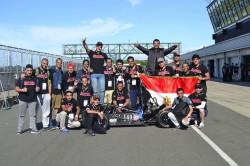 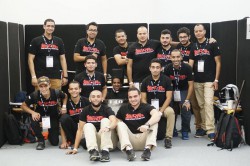